In past studies Motion Capturing and classification were used to quantitatively investigate the effects of emotion induction methods (e.g. imagination, music, images) and experimental methods (e.g. colored noise) on kinemetric aspects of the human gait. Additionally, the effects of emotion inductions (e.g. imagination, music) on the transition between walking and running on the treadmill, were analyzed. The latter took place on the one hand taking into account the transition time and on the other from a system dynamics point of view. In a semi-automatic experiment e.g., a total of 3588 double steps were derived in free walking, 1948 double steps when walking on the treadmill, and 667 transition speeds of altogether eight subjects on four test days. Data were categorized into a two-dimensional model of emotion theory and classification rates were computed by means of support vector machines. Transition speeds were calculated and analyzed, respectively. On the one hand emotion recognition rates within 60%-80% dependent on the emotion induction method were found, on the other hand, the statistical evaluation of the classification rates, gait velocities, heart rates, transition rates, hysteresis and transition parameters suggests that the (induced) emotions act as a force, which modulates the dynamics of the system, especially in the transition between walking and running, where the influence was not only related to the kind of the emotion induction, but also to the nature of the hysteresis. 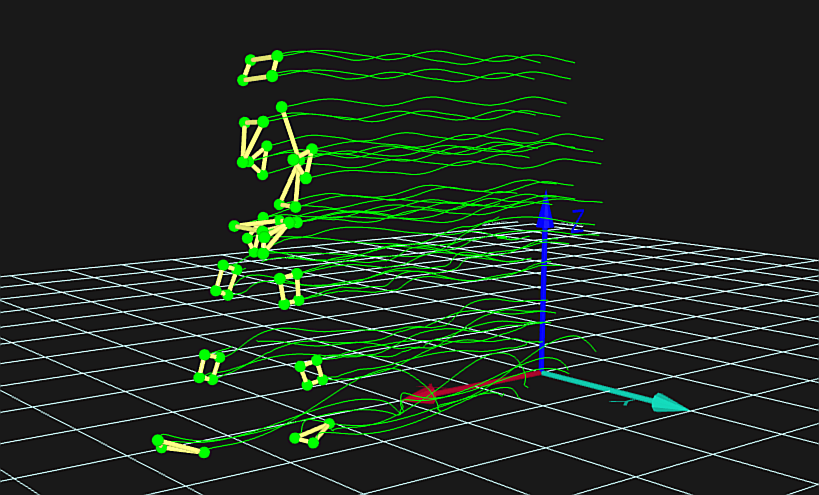 Gait pattern of a subject listening to music with high arousal and negative valence.